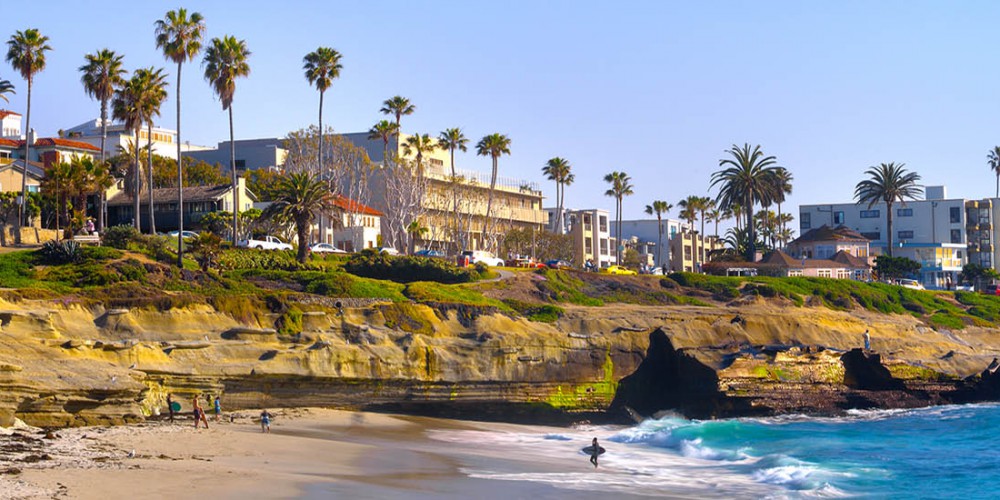 La Jolla is an affluent neighborhood in San Diego, California. It is a hilly seaside community, occupying 7 miles of curving coastline along the Pacific Ocean within the northern city limits. La Jolla is the location of Torrey Pines Golf Course, site each January or February of a PGA Tour event formerly known as the Buick Invitational and now (since 2010) called the Farmers Insurance Open. In 2008, Torrey Pines also hosted the 2008 U.S. Open. Nearby are the de facto nude beach, Black’s Beach, and the Torrey Pines Gliderport.

Downtown La Jolla is noted for jewelry stores, boutiques, upmarket restaurants and hotels. Prospect Street and Girard Avenue are also shopping and dining districts. The Museum of Contemporary Art, founded in 1941, is located just above the waterfront in what was originally the 1915 residence of philanthropist Ellen Browning Scripps. The museum has a permanent collection with more than 3,500 post-1950 American and European works, including paintings, works on paper, sculptures, photographic art, design objects and video works. The museum was renamed Museum of Contemporary Art San Diego in 1990 to recognize its regional significance.

Beaches and ocean access include Windansea Beach, La Jolla Shores, La Jolla Cove and Children’s Pool Beach. For many years, La Jolla has been the host of a rough water swim at La Jolla Cove.

Find Your Way Around La Jolla

National and County-wide news sources are slow and do not accurately represent what is happening in La Jolla area. Our Statistics are updated every few days to keep you up to date. Choose an area from the list below to see the latest information!