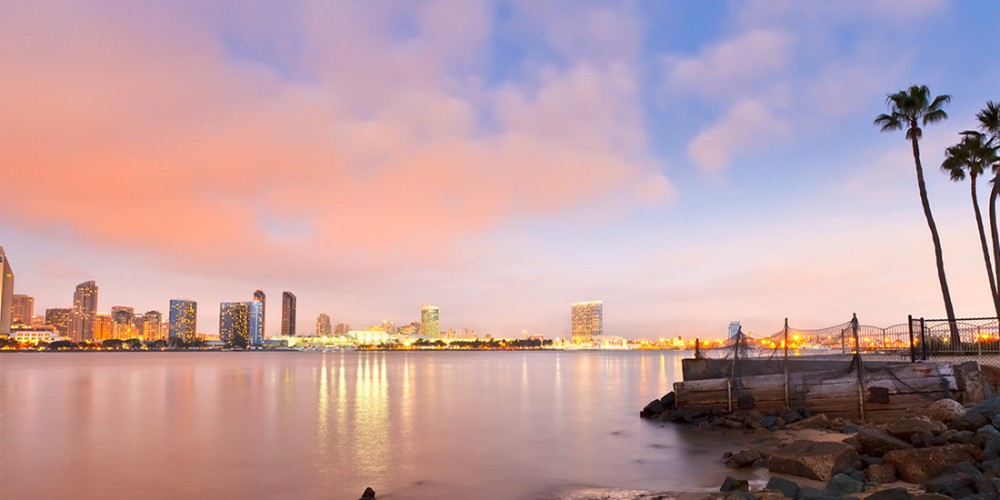 Downtown San Diego, also referred to as Centre City, is the city center of San Diego, California, the eighth largest city in America. In 2010, the Centre City area itself had a population of more than 28,000. Founded in 1850, downtown San Diego serves as the cultural, financial center and central business district of San Diego County with more than 4,000 businesses and nine districts. In 1975, redevelopment plans were created for Downtown. In 1985, Downtown underwent more redevelopment with the completion of Horton Plaza, the Gaslamp Quarter revival, and the completion of the San Diego Convention Center. Petco Park, a baseball ballpark used by the San Diego Padres, opened in 2004.

The Civic Theatre in the Community Concourse is the home of the San Diego Opera as well as traveling shows. The San Diego Symphony is headquartered at Copley Symphony Hall, a renovated movie palace on 7th Avenue originally built in 1929 as the Fox Theater. The Spreckels Theater at 1st and Broadway, in continuous operation since 1912, hosts local and traveling performances and productions. The Balboa Theatre, built in 1924, re-opened in 2008 after extensive renovations as a venue for live performances and concerts. Both the Spreckles and the Balboa theaters are listed on the National Register of Historic Places. Other downtown theaters include the Lyceum in Horton Plaza, which hosts the San Diego Repertory Theatre as well as concerts and art shows, and the Sledgehammer Theater. Night clubs such as the House of Blues and Croce’s feature well known musical groups. The Museum of Contemporary Art is also located in downtown San Diego which has displayed work across a collection of media since 1950.

The downtown area is served by the San Diego City Schools. Washington Elementary School is located in the downtown area. San Diego High School and San Diego City College are located in the northeastern corner of downtown adjacent to Balboa Park. Middle school students from downtown attend Roosevelt Middle School in the Balboa Park area. The charter high school e3 Civic High School is located inside the new downtown library. The Monarch School, a public K-12 school for students who are homeless or affected by homelessness, is also located downtown.

Find Your Way Around Downtown